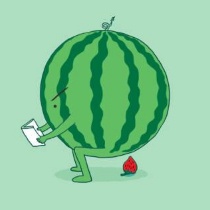 Pixel Combat: Zombies Strike is a popular action shooting game, in which players will fight wits with many zombies in the world of pixel sandboxie, adding rich weapons and equipment, so that you can enjoy the pleasure of killing zombies. After entering the game, the player will control the protagonist of Q Meng to complete the task of fighting zombies in an airtight room, and finally successfully acquire powerful weapons! The game draws lessons from the infinite zombie mode in call of Duty, showing this game to players in pixels, and players will resist zombies in a closed room! Keep breaking through hurdles to get money to replace powerful weapons!

1. This game draws lessons from the infinite zombie mode in call of Duty.

2. Show this kind of play to the players in the way of pixels.

3. Players will resist the invasion of zombies in a closed room.

8. A huge arsenal (from a knife to a machine gun).

9. The technology of weapons and ammunition.

1. Before and after the first pass, there are two doors for you to top with a wooden board, and then use your weapons to kill zombies to get gold coins. It is recommended to save enough 5000 to buy weapons. 2. The second entrance requires a strange entrance on the 1000 floor and a strange entrance downstairs, and there will be a loophole when the original point looks up, so you'd better buy a sniper and a robe gun in the store and store the bullet to / 69. I brought 12 blood pills. You can collect the strange mouth from the second floor, and then snipe under the loophole (the strange mouth on the first floor). (brush money slowly, praise more than 10w, you can go to the next level. Choose the level, don't die, try to choose according to your own strength, (I just played to the death, the third level is too miserable). If you do not choose the previous one, you can find bug, in the checkpoint. Anyway, you must be careful when you find bug. Recommend a location, the second pass, a girl's room on the second floor, jump on the bed first, jump on the wardrobe at the door, pay attention! Jump on the wardrobe and lean against the wall. Just walk back. The pistol recommended M9 and M1911 M9 are cheap, M1911 is cheaper and more lethal, and the others are the same. The rifle recommends M416, which has good performance-price ratio, many bullets and better stability than AK47. I like all the submachine guns, cheap and full of bullets. Coach recommends M95 and M24, which are a little cheaper. Xia bullet gun recommends M870, which has high lethality. Things like grenades and RPG are too easy to accidentally hurt themselves, so it is not recommended to buy them. KNIFE is recommended in melee combat.

Easy to operate and easy to use. Rookies without FPS experience can also easily control this game. Equipped with virtual joystick, it is very suitable for this melon peel. Compared with other FPS, the button press is simple, the interface is clean, and it doesn't feel bad. Playability is not rich, the mode is relatively single, always repeatedly hit zombies, buy equipment, fight zombies. There are four maps, except the first one, which needs to be opened with virtual gold coins. The map is all right. It is not always "green". It is also very interesting to explore the map bug. Gun loading and shooting sound effects and other details are well received! The act of loading is quite boring. Thousand. Equipment: prepare more blood bags before playing, be prepared for trouble. Guns choose shrapnel or machine guns. Roaring. Better get an axe. RPG and grenades are really cramped, and the range is so large that they accidentally blow themselves up.

The picture quality of the game is great, with 3D effect (bullets can fall to the ground) and footsteps (only the protagonist). In the game, players need to defend against wave after wave, and then wave of zombies. In the game, you can repair walls, kill zombies to get gold coins, buy new maps and weapons, and ammunition (ammunition is really expensive). General weapons do not have a sighting star _ (: bullet ") _ (good Mini Game). The kind that starts all over again after the protagonist dies, the data is cleared. First of all, in the game mode, it is the "incarcerated fight" mode, the zombies appear in wave number, and there is a short rest after each wave. The most similar feature of the two games is the plank on the window, which is in sharp contrast to the wall added by R6 (there is no derogatory comment on the way of the two games). As for [HD], due to the use of the Unity engine, the picture quality is really good in pixel games, and as other players say, there are actually a lot of details of the game, and it is really admirable for dozens of M games to have these details. Weapon advice: Pistol: MP442 (large clip, moderate power). Sprinkler: the cheap one is so powerful that you can shoot three at a time.

We publish only honest game review based on real game experience. If you think that our Pixel Combat: Zombies Strike game review is not full enough and you have something to add - write to us. We looking for talented authors to make our review better!

You keep the defense inside the house, which storms the bloodthirsty crowd of zombies! Your goal is to survive and crumble as many as possible of the living dead! The ability to build baricades and a huge selection of different weapons (knives, axes, pistols, submachine guns and shotguns) will help you to contain these hordes. The main thing be alert, because even among the weak, half dead dead there are strong monsters with unique abilities, ready to tear you to pieces at any moment. Features: - Cubic first-person shooter - Unique locations in pixel style - Hardcore bosses - A huge arsenal of weapons (from a knife to a machine gun) - Realistic physics - Pocket edition, so you can play on the road - Dynamic Action in confined spaces - Craft of weapons and ammunition - Pixel variant of the game Black Ops Zombie Download Pixel Combat: Zombies Strike, survive in the shelter under the onslaught of zombies!