Brain Out – Can you pass it？ 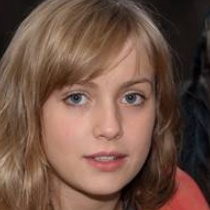 The whole picture of this game is exquisite and interesting. You can see that the game map is colorful, and there are many different kinds of platforms. Maybe the previous level is still on an ordinary platform. This level may be the barrier of the ice and snow picture. The next level may also be on the edge of the rolling band. In short, what all kinds of players think of, unexpected, may appear in the level played by the player, mainly using 3D design screen, with a high degree of clarity. Personas are brightly colored, in this game, players fight with players from all over the world, players are randomly thrown on the platform, soft players need to use their own physical inertia to throw the enemy off the platform!

The background music of this game is simple and lively, it is a kind of amusing feeling that allows players to worry about physical inertia at the same time, the characters in the game are stagnant, with this brisk background sound effect, the joy of fighting, here, participate in the io party, through their own efforts to catch the gel of the beast! And throw the beast you caught off the platform, of course, the player should be careful not to be thrown off the platform, let alone faint, if he faints, he will be thrown off the platform by the player, and pay attention to other players attacking themselves and throwing out other players. Throw everyone out to win!

This is a multiplayer melee big combat game, is also a competitive chaos fighting game, very popular with players, a new attack of the thrill-to-war game, in this game, players as long as they can become the final survivors can win, so the number of people killed is not the most important, the important thing is to be able to live to the end, after killing other players can get a certain advantage in size. To defeat the opponent also needs some operational skills, all players are the same, a large number of players, do not rashly fight with other players, it is best to wait for others to fight up to reap the fisherman's profit, so that you can more easily kill the opponent, this can gain a certain early advantage, in addition, combat skills also need to exercise, catch the gel beast, and throw the beast off the platform. Here, as long as you throw other players off the platform, you can get more rewards and upgrade, the size becomes larger, the player controls your villain and other characters to start a fight between each other, this game can be played anytime, anywhere, think fully, control is simple, be careful not to be thrown off the platform by anyone!

Players can participate in the io party at any time, launch a party carnival at any time, easily engage in a big fight, catch the big monster at any time, throw all their opponents off the platform, and become the last person standing here, the big fight is very cruel, take appropriate tactics and strategies to defeat your enemies, and constantly make yourself stronger, the game is easy to play, easy to operate, but a lot of fun. And very easy to control! There is also very realistic physics, full thinking can defeat other players, throw out all opponents, easy to use is very interesting, once it is very addictive, enjoy this wonderful process, pass out leisure and boring time, no matter where you can play a game at will, do not be attacked by other players, if once you pass out in the battlefield, you will be thrown out, so players should have an indomitable will!

This is a challenging IO competitive game, players need to complete the game challenge in this prescribed area, this game is very fast, throw the opponent to the opposite side in the same area, the player needs to have good control, this operation is very interesting, you can also have a new fighting operation, feel boxing is the cool feeling of meat, in the process of the game. Players can not suddenly faint, then will be invited out, the game characteristics of the mode of chaos is very exciting, the competition is really exciting, play very masochistic, so that they become more powerful, using strategic tactics, to defeat the enemy, this process is very passionate, different teams of villains on the color is different, players can enjoy the challenge down, fully feel the challenge of competition!

We publish only honest game review based on real game experience. If you think that our Party.io game review is not full enough and you have something to add - write to us. We looking for talented authors to make our review better!

Monster Party Puzzle is a free online game from genre of puzzle and jigsaw games. You can select one of the 12 images and then select one of the three modes: easy with 25 pieces, medium with 49 pieces and hard with 100 pieces. Have fun and enjoy!