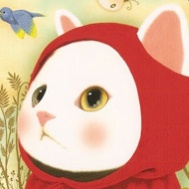 In this game, players will fight hard with their opponents in real-time, go ahead and defeat their opponents, eventually occupy their guard tower, destroy their king and win the precious crown! Of course, players should not only break through each other's tower, but also arrange for soldiers to defend their tower and defend the most important line of defense.

This game has a very different world view, the painting style is lively and simple, the game will pay more attention to the content of the battle between players, and the classic characters in " tribal conflict " will also appear in this game. The role they play in the game needs to be explored by the players themselves.

The background music of the game is constantly changing with the development of the game, and the sound effects are very good. In such background music, players would be very aggressive and encourage players to overcome difficulties and win the final victory.

The players need to break through the opponent's defense tower, win the epic crown, establish their own personal guard, and build a set of cards to defeat the opponent. This is the most worthwhile part. Come on!

Although this game is a card type game but has strong strategic elements through energy call arms, choose a good route position only by using appropriate arms suppression can obtain game victory. Believe players will get the most interesting happiness here.

This game designed a pure original hero, also appeared many we saw in " tribal conflict " familiar faces, new and old players are friendly, believe that new friends and big boss would like this upgrade game.

We publish only honest game review based on real game experience. If you think that our Clash Royale game review is not full enough and you have something to add - write to us. We looking for talented authors to make our review better!

In the warcraft forest there is a group of warcraft unscrupulous destruction, brave callers quickly build a tower to protect the warcraft forest! Note that when building the tower, be sure to move to the blue area of the base of the tower and click on it to start building